Homepage > Front Page > How We Met 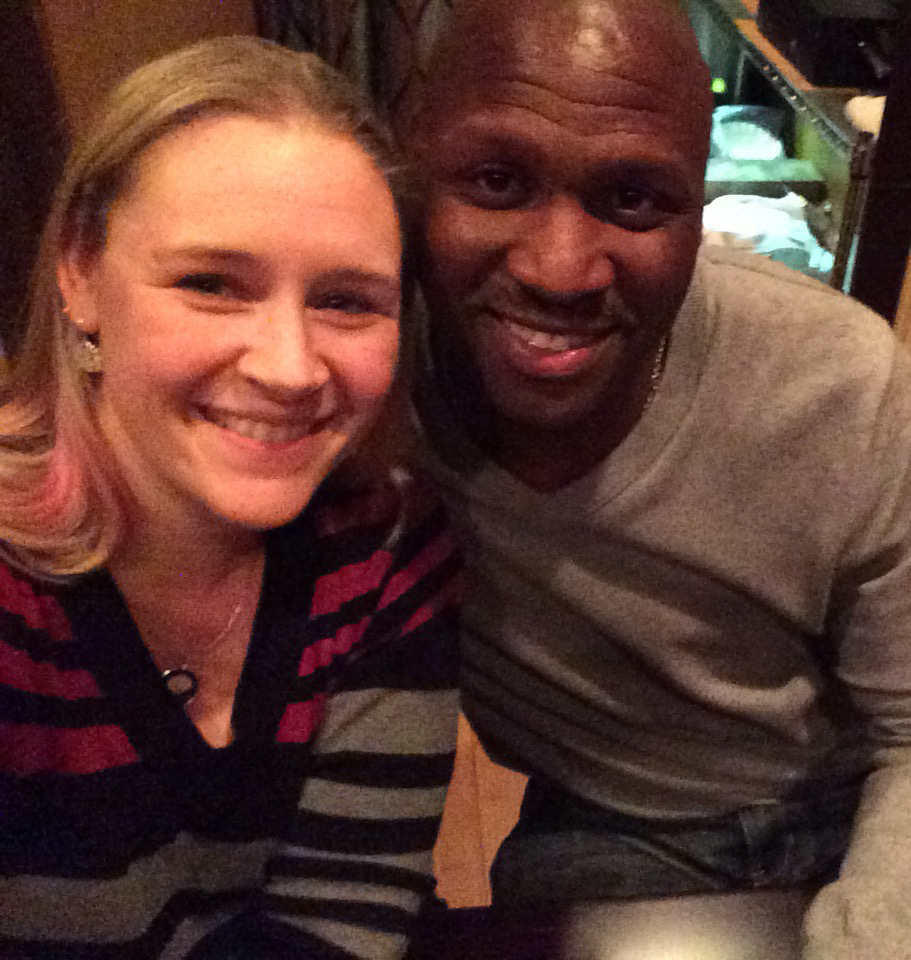 This is actually a picture from their first, blind date. Yup, they met on christianmingle.com. Steve "smiled" at Holley with a request to trade some emails. She agreed and the notes began to go back and forth at a furious rate. All the important stuff was figured out first: Mac or PC, cats or dogs, lakes or ocean...ya know, the really important stuff *wink*. But as the emails came and went, they realized they had pretty much everything in common and both wanted to know more about the other, so a date was set up for that weekend. They met at Building24 in Wyomissing, PA. Holley was to meet her friend later so they only had a few hours to spend. This would later be referred to as Date 1A as you will see...

"All of a sudden," Holley's friend texted her wondering where she was. It had already been three hours but neither had noticed. Steve figured the date was over, but Holley invited him to come along to hang out. So they headed over to Wine Down in West Reading, PA where they met Holley's friend Jamie. After a short interrogation from Jamie (Steve passed with flying colors), the three laughed and talked until around 11pm when Jamie had to leave. This would later be referred to as Date 1B.

Steve again figured the date was over, but Holley suggested they head back over to Building24. (<-- I'm seeing a pattern here...) So they did, and danced the night away. Conversations turned more in depth: family, values, past pains, past joys, and the logistics of getting married all came up. Yup. Sometime during this time, which they refer to as Date 1C, a woman walked past them and said, "You two make the cutest couple, you should be together forever!" Steve and Holley were taken aback (mostly because both were starting to feel exactly the same way). And Holley responded to the woman by saying, "Would you like to hear something funny? This is our first date!" To which the women replied, "Ah! Well what a funny story you can tell on your wedding day."

It's now 2am and Building24 was closing it's doors. Enter Date 1D. Steve and Holley talked in the parking lot for over an hour before parting ways on this, their 10-hour long, first date. Both returned home knowing that everything had changed.

Check out The Timeline to find out how we got from there to here!